WEMBLEY FINAL.
In a game where Leeds were generally seen to have had the best of the play — with winger Eddie Gray in particular giving David Webb a torrid time — the Yorkshiremen took the lead after 20 minutes when Jack Charlton's downward header from a corner did not bounce in the muddy pitch, defending Chelsea player Eddie McCreadie mis-timed his attempted clearance and the ball rolled over the line. Towards the end of the first half, Chelsea's Peter Houseman drove a low shot from 20 yards (18 m), which goalkeeper Gary Sprake fumbled, and it, too, rolled over the line for the equaliser. Leeds appeared to have secured the game six minutes from full-time when an Allan Clarke header hit the post and Mick Jones reacted first to put the ball into the net, but two minutes later Ian Hutchinson headed in the equaliser from John Hollins' cross. There were no more goals scored during the 30-minute extra time and the two squads took a joint lap of honour. The Wembley pitch, after the game, was in such dire condition that the Football Association decided to stage the replay at Manchester's Old Trafford stadium.
(source : wikipedia). 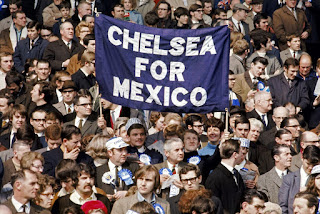 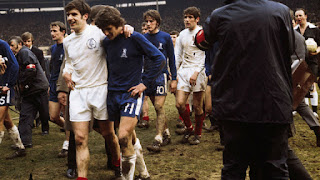 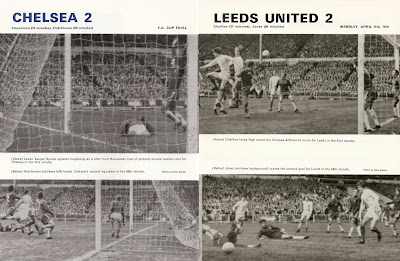 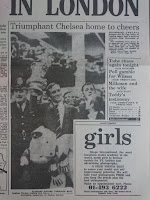 REPLAY AT OLD TRAFFORD.
The replay at Old Trafford, watched by a television audience of 28 million, a record for an FA Cup final, became one of the most notorious clashes in English football for the harshness of play, which exceeded the previous game at Wembley. The referee in charge of both games, 47-year-old Eric Jennings from Stourbridge, in his last season as a Football League referee, allowed rough play by both sides throughout, playing the advantage to its full extent. He booked only one player, Ian Hutchinson of Chelsea, during the game. Modern-day referee David Elleray reviewed the match in 1997, and concluded that the sides would have received six red cards and twenty yellow cards between them, in the modern era of football.[7] Tommy Baldwin and Terry Cooper, admittedly two of the quieter men in the two sides, were kicking lumps out of one another, as the battle began. Not long into the game, Chelsea's Ron Harris caught winger Eddie Gray with a kick to the back of the knee, an action which neutralised the Scottish winger for the rest of the game. Norman Hunter and Ian Hutchinson traded punches while McCreadie and Johnny Giles lunged at opposition players... (source : wikipedia) 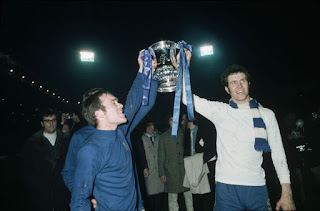 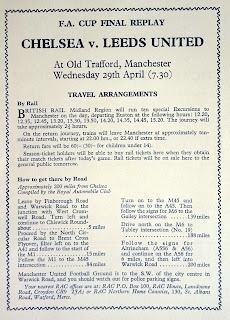 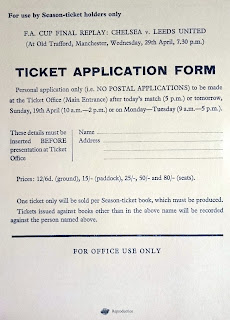 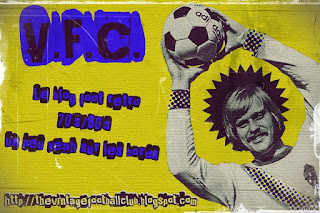